This latest version of Fujifilm’s higher-end X-T model sports a lot of new features and upgrades, mainly under the hood, as the exterior design is strikingly similar to the X-T2. The imaging pipeline gets a big overhaul, with a new 26MP BSI X-Trans APS-C sensor and an all-new quad-core image processor, and at the same time, the AF system has undergone a significant upgrade with faster tracking performance, more AF points and better coverage across the sensor, and improved low-light AF sensitivity. It adds up to quite a bit improved!

The exterior gets minor refinements, and the chassis construction is a bit beefier than the predecessor. But overall, Fujifilm appears to have taken an “if it ain’t broke, don’t fix it” approach to the X-T3’s design, and we’re okay with that because it’s a really nice one. It has lots of external controls, and a compact yet robustly weather-sealed design that’s still comfortable to hold.

Overall, the Fuji X-T3 is an extremely versatile camera, featuring fantastic image quality and performance, making it well-suited for lots of different types of photography. What’s more is the fact that Fujifilm priced this camera very aggressively; despite the fact that this is one of their flagship APS-C models, the X-T3’s $1500 price point not only makes it more affordable for a wider range of photographers but it’s also less expensive than a number of competing mirrorless cameras, such as the smaller-sensored Olympus E-M1 Mark II.

As mentioned, not a lot has changed when it comes to the X-T3’s construction or overall design compared to the previous model, save for some slight durability improvements to the lens mount and base of the camera. As before, there are numerous buttons and dials, a majority of which are exhaustively customizable. What’s more, with the X-T3’s new touchscreen display, even swipe gestures are used as customizable functions. There’s also a new, higher-res OLED EVF that looks outstanding.

The X-T3 maintains that distinctive blend of retro SLR styling with modern tech and features. Like most Fujifilm X series cameras, the X-T3 uses separate exposure dials in place of a traditional PASM mode dial. The lack of a PASM mode dial might be somewhat confusing for first-time Fuji owners, but you’ll quickly get used the “Fuji way” of changing exposure modes (which many of us at IR simply love).

Given the similarities in design, the X-T3 feels very familiar to the X-T2 in the hand; the size and control layout is basically the same. The buttons and dials, while plentiful, still feel a bit small for this decently-sized camera body. The handgrip, too, remains fairly shallow, which helps maintain a sleeker more compact shape. The camera is still very comfortable to hold most of the time, even for those with larger hands, but it can be a bit awkward when using longer, heavier lenses. If you shoot a lot of sports and wildlife with bigger lenses, we definitely recommended getting the optional VG-XT3 vertical battery grip (the extra battery life benefit is also a big plus). Or you could just add the MGH-XT3 metal hand grip if you want to improve handling without all the bulk of a battery grip.

The new touchscreen display is a nice addition, giving you another way to quickly move the AF point around in addition to the joystick control. There’s also tap-to-shoot functions, as well as the ability to utilize swipe gestures as additional Function buttons. The touchscreen works well, and with the latest firmware update to v3.0, Fujifilm has made some noticeable improvements to the touchscreen’s responsiveness compared to our previous experience with earlier firmware.

There’s not much to complain about when it comes to the X-T3’s image quality. Fujifilm’s APS-C cameras have a long history of excellent image quality performance, at both low and high ISOs, and the X-T3 is no exception. The X-T3’s all-new 26MP X-Trans CMOS IV sensor offers a modest upgrade in resolving power compared to the 24MP X-T2 and offers a native ISO range with a slightly lower base ISO of 160. At low ISOs, the X-T3’s images are sharp, clean and filled with lots of fine detail as well as nice, vibrant colors. As usual, Fujifilm’s unique Film Simulations are enjoyable and, in fact, are a great way to make pleasing images straight from the camera without having to use any editing (plus, with in-camera raw processing, you can also try multiple film simulations from a single shot).

When it comes to high ISO quality, given the history of Fujifilm’s APS-C X-Trans cameras and the fact that the X-T3 now uses a backside-illuminated sensor, it’s no surprise that this camera does a fantastic job at low-light and high ISO image quality. In our testing, the X-T3 produced very clean, detailed images up to ISO 800, and we only really observed objectionable noise levels at ISO 12,800 and higher. Much like the X-T2, the new X-T3 does a fantastic job at print quality as well, even offering a nice 8 x 10 inch print, for instance, up until ISO 12,800. Interestingly, though, we did see slightly higher noise levels in the X-T3’s images (both in JPEGs and raw files) compared to the X-T2’s, which is perhaps due to the greatly enhanced PDAF system and/or faster readout performance. Nevertheless, the X-T3 continues Fujifilm’s tradition of excellent high ISO performance for an APS-C camera.

See also  The best robot vacuums of 2022 tested and rated

Though traditionally a more stills-oriented camera, the X-T3 is impressively well-stocked with video features and performance as well, making it much more of a capable hybrid camera than its predecessors, and in fact many of its competitors. With features such as 4K UHD and Cinema 4K shooting resolutions, 4K up to 60p, bitrates up to 400Mbps, F-Log and internal 10-bit recording as well as 4:2:2 10-bit HDMI out, the X-T3 offers a host of professional and advanced video recording options not often found in a camera of this class, and it even has a few firsts for an APS-C camera.

Early Fujifilm X-Trans cameras struggled with video quality, often displaying odd artifacts, but the X-T3’s video quality is excellent. Things have definitely changed. 4K video is crisp and detailed with vibrant, rich colors. As with stills, video mode lets you enjoy Fujifilm’s nifty Film Simulations, but there’s F-Log as well for those who want more control over their footage for post-processing. We still noticed some rolling shutter artifacts in X-T3 4K footage, but compared to that from the X-T2, there’s significantly less from the X-T3, at least in 4K 24p footage.

Further upping the video quality is the ability to record in 4:2:0 10-bit internally, however the quality difference between 8-bit and 10-bit is extremely slight if at all noticeable if you’re recording video without F-Log. The main benefit to 10-bit is better color reproduction with smoother transitions between similar tones (gradients), which really only becomes apparent once you color grade Log footage. With the straight-out-of-camera non-Log footage we shot, we were unable to spot any significant difference between 8-bit and 10-bit video.

In addition to its imaging pipeline, the X-T3 sports a vastly upgraded autofocus system with faster overall speed and tracking capabilities, improved low-light performance and many more on-chip phase-detect pixels as well as 100 more selectable AF points than the X-T2. Both in the lab and out in the field, the X-T3’s autofocus performance was top-notch. Single-shot AF was swift, and C-AF was equally impressive. Like the X-T2 before it, there are several C-AF presets that let you dial-in focus tracking performance depending on the subject type and your shooting scenario. While the presets will help AF tracking performance in specific situations, we found that even the standard/default general-use AF tracking preset performed really well. The X-T3 did an excellent job with subject tracking even with straight-on moving targets.

There’s little use in having a camera that’s great at subject tracking if there are no continuous shooting capabilities to go alongside it, and thankfully the X-T3 is no slouch in this regard either. With both high-speed and low-speed continuous burst rates, each with their own adjustable frames-per-second settings as well as a cropped burst mode that climbs up to 30fps, the X-T3 offers a dizzying array of shooting modes for capturing action subjects of all speeds. Thanks to its new, super-fast quad-core image processor and dual UHS-II SD card support, the X-T3 combines fast burst shooting with good buffer depths and reasonably fast clearing times. Plus, the X-T3 now lets you access all continuous shooting rates and enable its “Boost” performance mode without the need for the add-on battery grip as you did with the X-T2 (with the X-T2 you weren’t able to access its fastest burst rates without the Grip and Boost Mode).

Overall, the Fujifilm X-T3 is a very impressive, very well-rounded camera, for both photos and video. Despite its stylish exterior, the X-T3 is a serious camera with serious image quality and performance capabilities – and all for one seriously excellent price point. The image quality is fantastic at low and higher ISOs and is one of the best APS-C cameras we’ve ever come across in this regard. The X-T2 already offered a major overhaul to the X-T1’s AF system, and the X-T3 goes even further with even more AF points, better speed and better tracking performance, making the X-T3 an excellent camera for sports, wildlife and all manner of subjects. Video AF is quite smooth and pleasing, as well.

There’s not a lot of to complain about with the X-T3. The lack of in-body image stabilization is, perhaps, the most prominent missing feature here. Several Fuji lenses have optical stabilization, but the addition of IBIS would have been convenient, allowing for even more powerful stabilization with OIS lenses or simply having IS with any lens you use. The X-H1 is currently the only Fujifilm ILC available to offer IBIS, and we would have loved to see that tech in the X-T3. Other drawbacks are even more minor, such as some of the buttons and dials feeling small and somewhat flimsy, and the touchscreen not being as responsive as we’d like. But again, the price is incredible, so you can’t have everything!

In the end, for those who want a mirrorless camera that expertly blends form and function, look no further than the Fuji X-T3. The fact that it’s priced at just $1500 body-only (cheaper than the X-T2’s launch price) makes it a fantastic bang for your buck. Given all these positives, it’s no wonder the X-T3 earned the top spot as the Best Camera of 2018, and of course, it’s therefore a shoo-in for a Dave’s Pick, as well!

Through the article GenzVn.Net hope you will understand more about Fujifilm x-t3 review best edited by GenzVn.Net 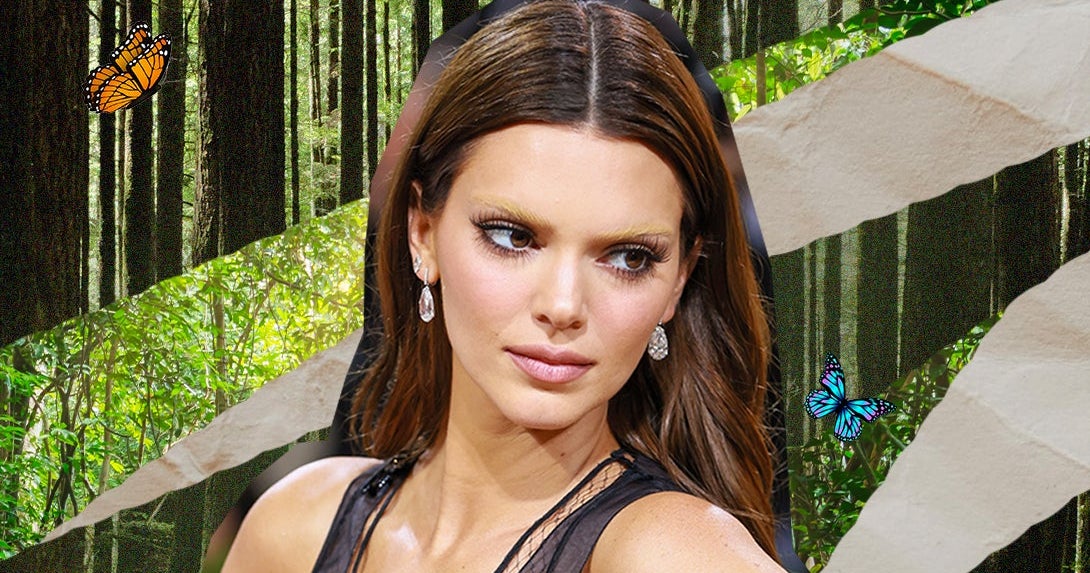